4 ways to get the most out of Blacksmith3D

Blacksmith3D recently reached version 7. I have been using it through many versions. This article is not a review or a tutorial but information on how I use B3D in my workflow of building characters and some information that might help others just starting to use B3D. 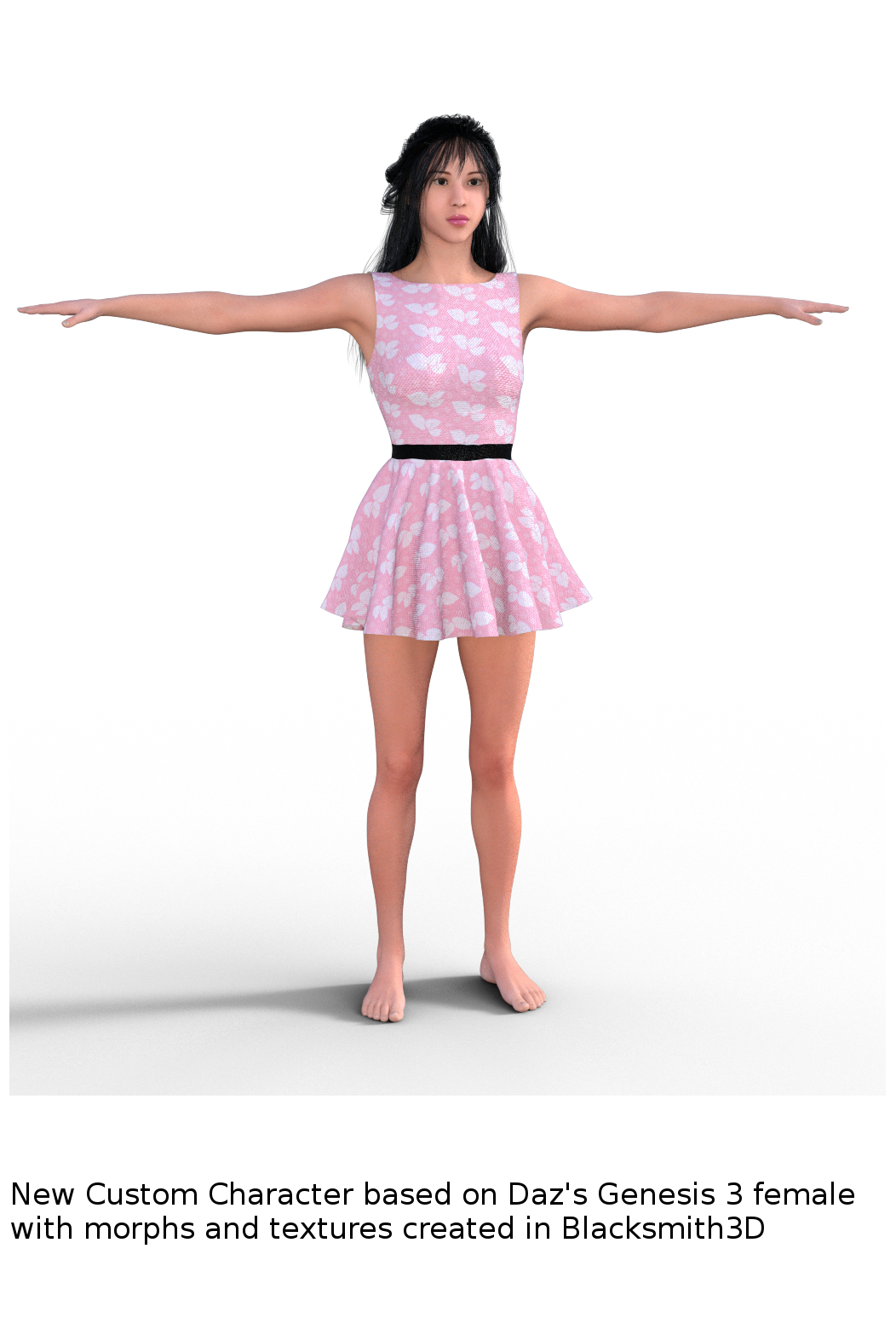 Originally, I used B3D exclusively for painting texture maps. I was attracted to how easy it made painting and repairing texture map seams. Recently, I have found several older texture maps, that looked great in DAZ3D when rendered in 3Delight, would suddenly display very noticeable seams when rendered with IRAY. Thankfully with B3D, I can touch up the seams and can still use some of my favorite texture maps.

There are times when one of the other maps might be causing a problem. It could be the bump map or displacement map that makes the seams visible. These also can be modified within Blacksmith3D. The biggest problem with these maps is determining which is the problem. I like how I can import and export individually only the maps I want, so I can move quickly, make the needed changes in B3D and then export the texture. I export it to the same file name and location so that Daz Studio will pick it up. Sometimes you have to tell Daz Studio to refresh the image, and then run a quick render and check the results. This allows me to work quickly and gives me more time to experiment.

Only recently, I have started using the image map layers feature of B3D more extensively. I am used to building and manipulating layers in GIMP. It works well for me and I am accustomed to my workflow with GIMP, but I like that with B3D image map layers I can see the results on the model immediately. Right now, I do some of the layer work in B3D and the more extensive layer work in GIMP. 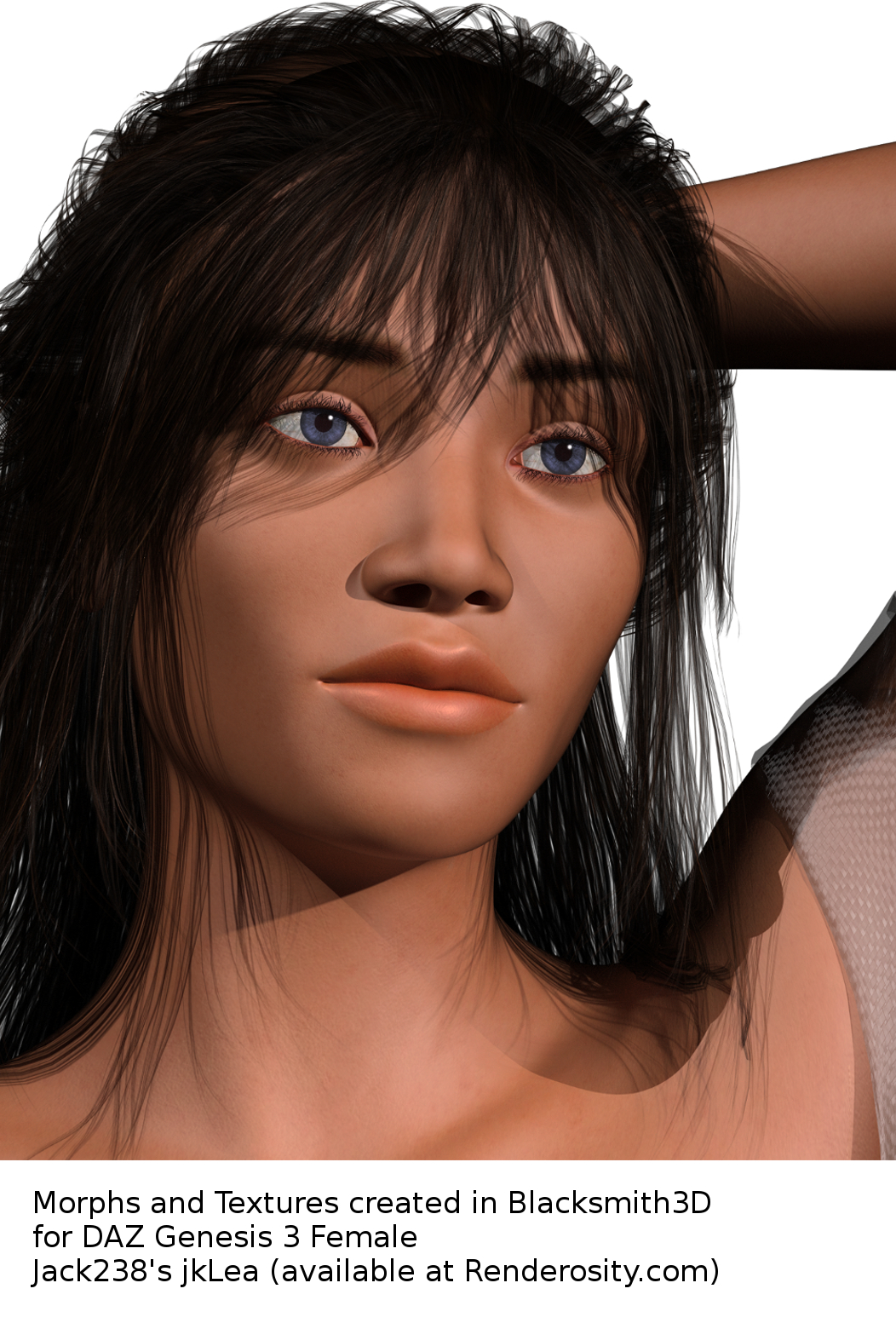 I ventured cautiously into the world of creating morphs. I would do simple morphs in Hexagon but soon needed something more reliable, powerful and easier to use. I decided to give the morph functions of B3D a try. My first results were not impressive. I could see the power of the program, but I was not able to harness and control it. There are a few general guidelines that improved my results. First, when using any of the Morph tools, turn down the strength from 100 to about 20 until you get used to the tool. Also, I find when applying any of the tools that move the geometry like bulge or scale or rotate, go over the area modified with the resurfacing or contour tool. It will keep the geometry even and make it so that it is able to accept additional modifications. The Morph Hammer tools work on a specific area you designate (using the selection). This works well for scaling some features larger or smaller or rotating them. Once again, after using the Hammer tools it is best to lightly resurface the area, especially where the selected surface meets the non-selected surface. Do not overlook the B3D manual. More than once, I was trying to use a tool for something when a better tool existed to accomplish my task. 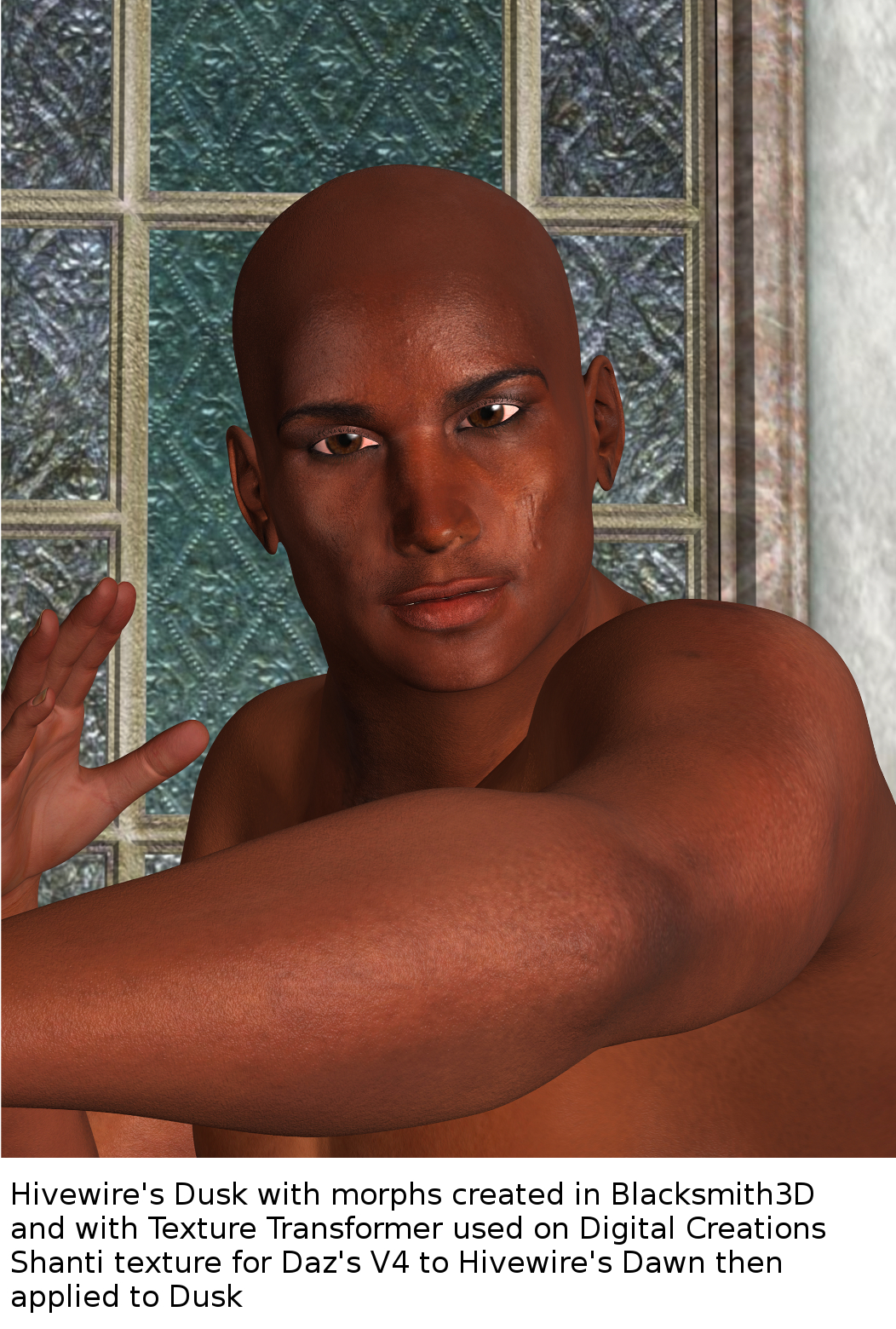 Texture Transformer is included in B3D and it is also a standalone product. I have many textures for DAZ Studio's Victoria 4 and Michael 4 characters that I really like. I have converted several V4 textures to Hivewire's Dawn character. I am impressed by the results and very happy to see my favorite textures applied to new models. There is a process of transforming the textures with a few steps to the process. 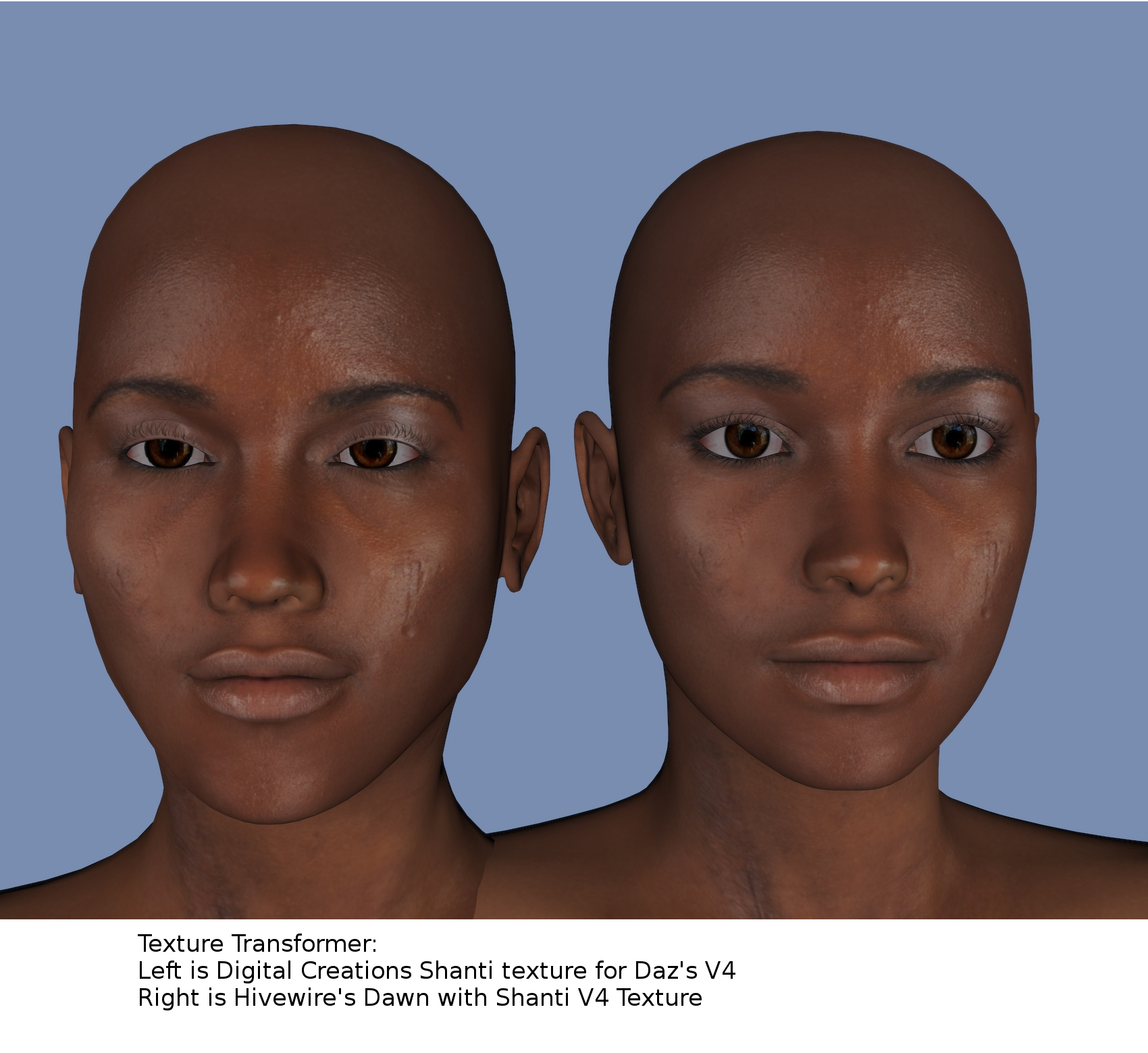 There is a new Hair Utility in B3D version 7. I have only used it enough to see that it works. I need more time to work with it before I can say much about it. I would like to experiment with some hair morphs for existing hair models that might need a touch-up for a certain pose.

In general, Blacksmith3D has several main functions (Paint, Morph, Texture Transformer, and now Hair). Those form the basis of the interface. Each of those main functions has their own sub-functions. This can complicate the interface quickly. This is true of any program that has many major functions. I have been using Daz Studio and iClone for years and while I know the interfaces well, I would not want to learn them again. B3D has icons for each function on the left-hand side panel and the parameters for each tool are on a right side panel. With the latest version, they can be pulled off the screen for more area to work and they can be transparent so you can work on your model under the panels. The interface is consistent, but confusing in complexity until you adapt to it. All functions can be reached from the panels or from the Main Menu or from system and user hotkeys. I find I use a combination of these.

Version 7 loads quicker for me than the previous version and seems to run smoother. There can still be delays when large amounts of geometry are being modified but that happens much less often now. Recently, I upgraded to a faster and larger computer. I can say that B3D loved the added CPU and memory, both loading and running even faster. Usually, when I am creating some morphs or textures, I am often running Blacksmith3D, Daz Studio, and/or GIMP simultaneously. That can be a heavy load at times on a computer, but these programs seem to be able to handle it and my workflow. 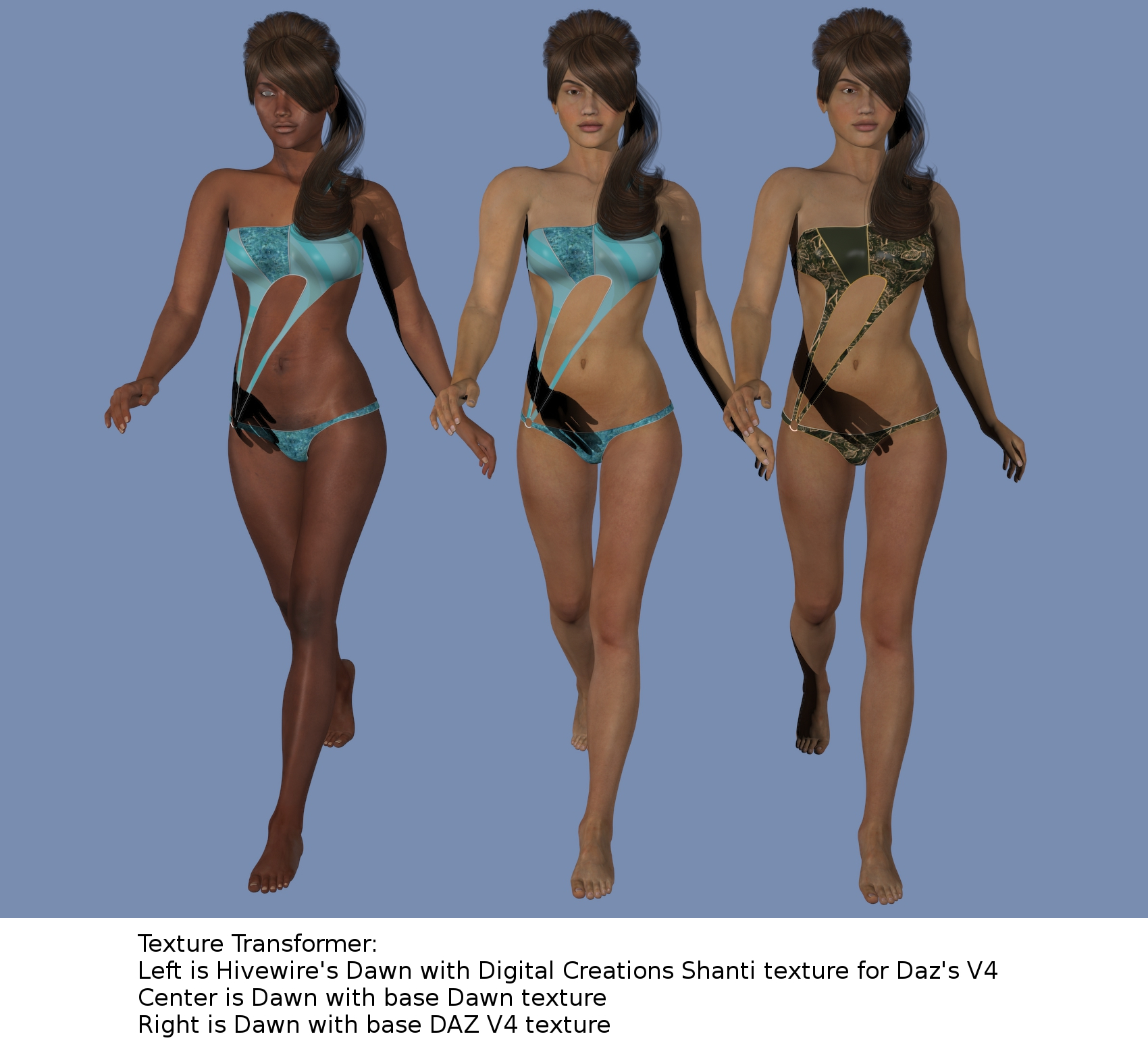 The browser you are using is outdated!

You may not be getting all you can out of your browsing experience
and may be open to security risks!

Consider upgrading to the latest version of your browser or choose on below:

Welcome to the site. Please login.